7 Reasons to Retire to Washington State

What Are the Best Retirement Communities in Washington State? 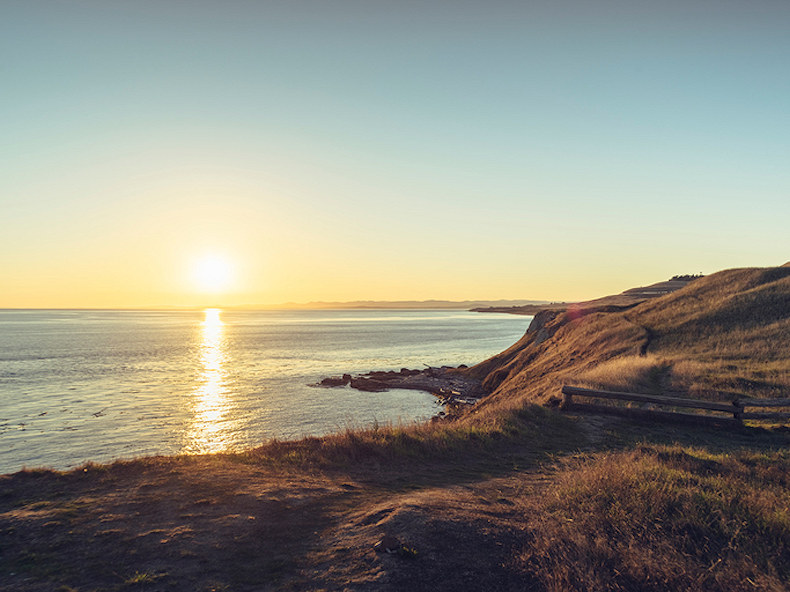 Where should you retire to? Many West Coast retirees are looking at the Greater Puget Sound of Washington State. A booming housing market promises to make retired home buyers a lot of money in the coming years. Local retirees coming from Seattle can sell their homes for hundreds of thousands of dollars and then buy their private piece of Northwest paradise elsewhere in the Puget Sound. Retirees from out of state have a few options as well...

By Tom Brennan, Copyright © 2022, SoundListings.com
Heard of Seattle? It's not secret that many people love the climate and culture of Seattle and would pass on places like Florida in a heart beat for a chance to live here or within a couple hours' drive. Seattle is just one city of many areas that exist in the Puget Sound, which itself is a large body of water filled with dozens of islands and that connects to the Pacific Ocean on the northern edge of Washington State.

1. Seattle is a great place for staying active

Today's retirees are not "your grandfather's" style. The health and fitness boom began when most of these active and healthy retirees were in the late 20's and 30's. No bingo and knitting at the old folks home for them. Today's baby boomer retirees are more likely to be college educated, have high value pensions and IRA's and be finance-savvy and intend to maintain high levels of activity. Wise local retirees may want to consider taking advantage of Seattle's housing crunch and put their city homes on the market. Many young people are coming to the area to work in the booming high-tech industry and are seeking in-town homes. Amazon.com's CEO admits that they seek a more urbanized employee who is used to a campus-style, collaborative environment where ideas flow and communications is king. There also will be Amazon.com and Microsoft employees retiring and they will still want to stay connected and be contributors, but without the daily pressures of work. They will seek personal fulfillment in their professional life and still enjoy the abounding cultural, social and outdoor recreational opportunities that the Seattle area has to offer. These semi-retired people can sell their homes and pocket the profit and purchase a home in the nearby smaller cities. Even better, the Puget Sound islands where the rain shadow effect will guarantee them outdoor recreation and a relaxed lifestyle hold out the promise of predictable good weather, more days of sunshine and mild temperatures and a sense of peace and serenity that island life provides.

Active high tech retirees will most likely become consultants and contribute their business savvy and experience to their former employers or as independent contractors. They can set up shop at home, assist local businesses or commute to clients and still come home to their scenic Seattle and or Puget Sound area home. But they will also seek more leisure time and keep the cost of living down. Instead of expending income on mortgages and upkeep, they can have a home that fits their needs and desires and be able to spend their money on things that celebrate their achievements. Buying a home in the outlying cities or Puget Sound islands will offer retirees the best of both worlds all within a 30 minute to two hour drive, depending on where you reside.

While retirees in other places become "snowbirds " who flee to warmer climates for the winter, lucky Seattle area retirees are on permanent "staycations". The unrivaled opportunities for outdoor recreation, touring, enriching cultural experiences and a climate in the Puget Sound area that amazes even the locals, cannot be matched. Even world travelers will find that access to Hawaii, the Far East and scenic cruises to exciting Alaska are a short distance away, compared to hours of travel from inland or East Coast locations.

Seattle's housing shortage is in a catch-up stage with new homes planned for 2018. Seattle is now forecast to be the Nation's No.1 growth area for 2018, according to "Emerging Trends in Real Estate". Washington has no State income tax which is one reason for the influx, but there are several including the fact that the Puget Sound area offers a lot more to do in general than many other places in the U.S. Although local taxes and fees tend to be high, retirees who live outside city limits can see increases in their annual incomes with retirement. The islands in Puget Sound and nearby cities offer less expensive living expenses and a few are still are within a half hour ferry ride and drive of Seattle's social, consumer and cultural attractions.

Seattle active retirees can now expect a minimum of $600,000 for selling their home in the city and then purchase a home on the Puget Sound Islands or a nearby small city on land for $300,000 and bank the profit. They are still an easy and cost effective commute to any consulting or part time opportunities in Seattle and easily return to their island paradise for a lifestyle others can only imagine. The aging process is inevitable. But today's retiree is a more health conscious, more physically active and more affluent than previous generations. Health care will be proactive for them and they will seek care and providers with whom they can partner rather than be merely patients. This will grow and energize the already excellent health care system in the Seattle area and lead to job growth there as well as well as for suppliers and independent providers. Health providers are also looking ahead as even the healthiest retirees may opt for an assisted living community in the years to come. This will add another element to Seattle's economic growth as well for the agencies, staffing needs and suppliers of goods and services.

5. Seattle's beautiful summers mean you can enjoy the outdoors vs hide inside from the heat

It's not secret that older people, and even a number of younger folks simply get tired of the heat and or humidity of living in the Southwest states. Seattle's summers are typically mild in comparison with several weeks of beautiful blue skies and the periodic "Indian summer" that brings several more days of nice weather going into fall.

6. Seattle area's retirees will have a significant influence on the coming real estate market

Many Seattle area year round retirees are staying in the city and holding on to their current homes. Seattle has seen a boom in high rise condominium building and this has enabled many to stay in the city and still enjoy one floor living and walking convenience to the places they have frequented during their full time job careers.

This hesitancy to part with the house in which they have spent much of their working lives and buy a smaller one has been one part of the housing shortage since the existing inventory is still small for buyers. They have resisted the "empty nest" and "downsizing" process. Some of this is can be attributed to the more active lifestyles they have enjoyed as well as the educational levels and higher incomes.

A number of retirees have also bought investment properties and now manage them wisely for income, including simply flipping a home every few years as area home values rise year after year. A newcomer's intent on purchasing an in-town home may just have to patiently wait until homes in their price range come on the market. The wait will definitely be worth the time they invest as more properties come on the market.

Baby boomers have changed the definition of retirement and this is changing what has been a norm for real estate. The post-war generation is more likely to remain physically and mentally active and maintain a presence in the work force through part time employment or consulting in their professions. Many have embraced technology fully and use it to make an impression and exert influence.

Retirees coming from this background are often more affluent and have made wise choices in pensions and investments and have more disposable income because of it. In Seattle high tech retirees may be more inclined to stay connected to former employers while taking the time to enjoy the amazing landscape, culture and outdoor recreation opportunities that the Greater Puget Sound has to offer.

Some will remain in the city but others will decide to move to the outlying cities and Puget Sound islands to escape the growing urban environment and have more disposable income due to less housing expenses.

Soon-to-be retiring baby boomers and seniors coming to the Seattle area will be a positive influence on not only the intellectual climate but the real estate market as well.

Seattle is growing, there is no doubt; and patience and wise decisions about selling will only make the real estate market even livelier for all concerned.