How to Fix Snohomish County's Traffic Hell ... Before It Gets Worse 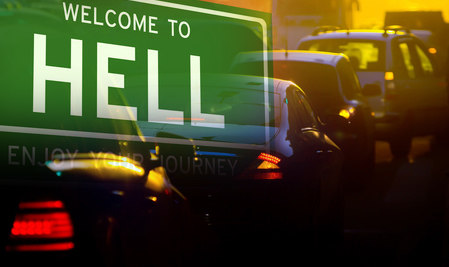 The traffic woes in some parts of Snohomish County have rewarded this rapidly growing county with 'World's Worst Traffic' - What can we do to fix this? 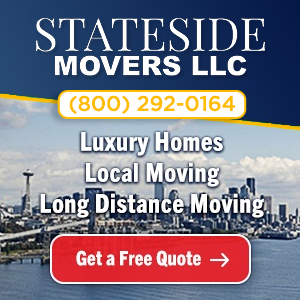 World's worst traffic: Snohomish County? What to do?

A recent report by INRIX has documented that Everett in Snohomish County ranks as one of the worst commutes in the entire world due to congestion that slows everything from passenger cars to school buses. Commuters to and from this city spend 28% of their time stuck in traffic. Congestion costs money in time lost, fuel used and in the mental fatigue it causes that limits productivity.

One of the first reasons for this is the rapid growth of Snohomish County as more people seek job opportunities and the unique lifestyle of the Northwest. This sudden increase in population has overloaded the roads and especially the I-5 corridor. Despite creative means to adjust to this increase in commuters, the County is still struggling to plan, budget and construct the means to move traffic in and out of the city and around the County.

Many movers into Snohomish (and Pierce) County are thought to be from King County where they are being priced out of the housing market and seek lower costs in housing at the price of a longer commute. Seattle's financial entry point into the housing market is $600,000 currently and the inventory is tight.

Plans, budgets and alternatives for solutions to a long commute

The Washington State Department of Transportation is studying the major choke points that cause the most serious congestion on County Roads. At the top of the list are the Highway 2/SR 204/20th Street SE Interchange and Highway 2 Trestle in Snohomish County. A survey is being conducted and public input is requested.

Really though? Do they need to do a survey and do they need to seek public input? Anyone with half a brain who does that commute in rush hour even just one time is going to see that it literally "sucks". I'm sure a lot more expletives are breathed by drivers as they pound their dashboards in frustration, sometimes in near tears that they have to make this drive so many times throughout the year.

These processes of inquiry, surveys and budget and planning take time to do the job right. In the meantime there are things that can be done individually or in groups that can relieve and offer more personalized solutions to what is an obvious and ongoing issue. Washington State anticipates a high rate of population growth now and in the future. Honestly, rather than rely on the state and county officials to fix this problem, it might be better for your mental health to fix this one yourself.

According to a recent infrastructure study and report by the Washington Association of Business, Washington State needs $160 billion to repair and rebuild its roads, highways and bridges. The State's contribution to the National GDP is significant and improved roads and bridges will maintain and increase that contribution. And faster commutes mean more a productive workforce. Until these upgrades are implemented there are steps commuters can take to reduce commute frustration and stress. Here are a few.

Traffic is so bad for so many people that maybe what you need to do to escape this endless time in traffic is change careers, maybe one where you're working "swing shift". You know an 11am - 2pm start time that gets off anywhere from 7pm to 10pm at night. Imagine not having to deal with rush hour at all. Another way to escape that traffic is to take a lower paying local job, one a lot closer to home. What you sacrifice in money you make up for in peace of mind. Though a lot of people say that praying helps as well. Whatever it takes to get you out of that "rat race" mentality can help improve your perception of the "world's worst traffic congestion" that Snohomish County recently earned as mentioned earlier.

Light Rail: Sound Transit gets you there

Riding the train has become a workable option for many commuters. This will involve planning on timing, communications with home (people do miss trains), and adapting to a more social environment.

Telecommuting - We Need A Lot More Of It

Today, working from home offers multiple benefits to workers and employers. Technology has made many tasks easily performed from mobile or remote sites and work teams can collaborate as well online. Many companies are using software programs such as T-Sheets to track productivity and manage workers and teams. Personal home offices are affordable since equipment such as tablets and printers are extremely cost effective and time lost in commutes is translated into energy for productivity. Congestion and commuting are a major cause of fatigue. The "casual" office is a feature in many companies and remote and telecommutes are gaining acceptance as well.

Tax incentives such as Senate Bill 6016 could be offered to businesses that incorporate a telecommute option into their business model. This will also provide a boost to internet service providers, suppliers and service industry companies.

Snohomish County and the State are sincerely involved in the impact of growth and its effects on the State's roads and infrastructure. Road widening, adding lanes, expansion of light rail and other improvements are in progress or in the planning stages. Growth offers many opportunities and accompanying problems to be solved as well. Washington's high quality of life depends on economic growth and making economic opportunities as freely available as possible and reducing road congestion will go a long way to making more employment available for new arrivals and relocating Washingtonians.

The 2018-19 Infrastructure Plan for Snohomish County

Recently, the Trump Administration introduced a budget features that contribute program that would repair and rebuild the National infrastructure in a Federal, State and local collaboration. The States would coordinate improvements to their highways, bridges and other necessary elements to encourage financial growth and stability.

Reducing congestion and moving traffic would be a major benefit to Washington State. The answer to many of these issues comes under getting involved. Inform the County and State of your concerns and contribute to the solution.

Who knows better about congestion than someone spending time stuck in traffic? In the meantime, consider a creative solution to the daily commute and relax, help is on the way.

Though, as we all know, it sometimes gets a lot worse before it gets better. The time to do something about it is now.